From December 4th to December 22nd, 2017, the Thomas Fire cost more than 177 million dollars to fight, and forced the evacuation of more than 104 thousand people and had 8,500 firefighters from 22 states simultaneously working to contain it. But let’s not forget about the public information efforts. Imagine what any large disaster would be like if you kept the affected communities in the dark, giving them zero information. No doubt you’d have to deal with widespread confusion, panic, anger and so much more. So, we’re going to talk with the person who managed public information for the City of Ventura, Kelly Flanders. 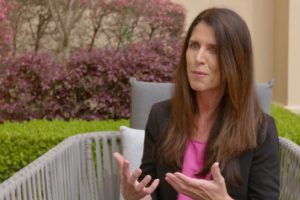 Kelly Flanders is the Communications Manager for the City of Ventura. In addition to the Thomas Fire PIO response, Kelly worked with partner agencies during the Grove Incident oil spill.  She is a Ventura native and holds a master’s degree in clinical psychology from Antioch University.