Today, on the 18th anniversary of the terrorist attacks on the World Trade Center in New York, the Pentagon in Washington, D.C. and on United Airlines Flight 93, Mark Ghilarducci, Director of the California Governor’s Office of Emergency Services and Homeland Security advisor to Governor Gavin Newsom issued the following statement:

“Today we mark the anniversary of the terrorist attacks on the United States of America, targeting the World Trade Center in New York, the Pentagon in Washington, D.C. and United Airlines Flight 93.

“We remember the innocent lives we lost and those that were forever changed.  We stand with the families who lost loved ones. We honor the heroic first responders who rushed to the scene. And we pay tribute to our troops and military families, and all those who have served over the past eighteen years, to keep us safe and strong.

“These events also stand as salient reminders that terrorism and violent extremism – in all of its forms – remains a threat to our nation and even our state. In the years since this twin towers fell, California has taken on a leadership roles in responding to violence and extremism, including participating in Joint Terrorism Task Forces, protecting our critical infrastructure and establishing the State Threat Assessment System as well as the California Cybersecurity Integration Center.

“These advances, while significant, do not mark the end of the work at hand. We must – and we will – remain vigilant at home and in our communities.

“So today, I ask all Californians to continue to help us in this important effort by remaining as ready and attentive as ever. This day in history is a stark reminder that the threat of attack, both foreign and domestic, remains. If you see something suspicious, say something about it by calling 9-1-1 or your local police department and become aware and prepared for any emergency by developing and practicing a family emergency plan, staying informed and building emergency supplies kits.” 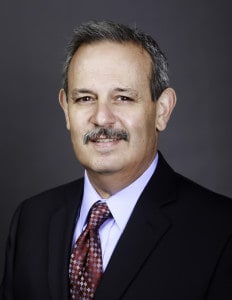