In response to a request from the California Governor’s Office of Emergency Services, a team of 10 Israeli firefighters have deployed to California to assist in battling some of the largest wildfires in the state’s history.

Though other countries have supported California – including Australia and New Zealand on the Mendocino Complex fire in 2018 – this is the first time Israelis have been assigned to fight fires in the United States. The deployment is expected for two weeks. 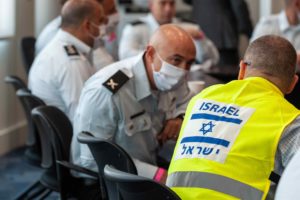