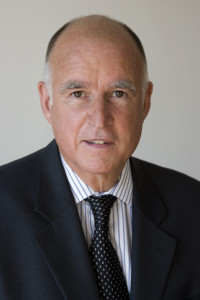 SACRAMENTO – Governor Edmund G. Brown Jr. today issued an emergency proclamation for San Diego County due to the effects of the West Fire, which has destroyed homes, threatened critical infrastructure and caused the evacuation of residents.

The full text of the proclamation is below:

PROCLAMATION OF A STATE OF EMERGENCY

WHEREAS on July 6, 2018, the West Fire began burning in San Diego County and continues to burn; and

WHEREAS this fire has destroyed homes and continues to threaten additional homes and other structures, necessitating the evacuation of residents; and

WHEREAS the fire has forced the closure of roadways and continues to threaten critical infrastructure; and

WHEREAS high temperatures, low humidity, and erratic winds have further increased the spread of this fire; and

WHEREAS the Federal Emergency Management Agency has granted a Fire Management Assistant Grant to assist with the mitigation, management, and control of the West Fire; and

WHEREAS the circumstances of this fire, by reason of its magnitude, are or are likely to be beyond the control of the services, personnel, equipment, and facilities of any single local government and require the combined forces of a mutual aid region or regions to combat; and

WHEREAS under the provisions of Government Code section 8558(b), I find that conditions of extreme peril to the safety of persons and property exists in San Diego County due to this fire; and

WHEREAS under the provisions of Government Code section 8571, I find that strict compliance with the various statutes and regulations specified in this order would prevent, hinder, or delay the mitigation of the effects of the West Fire.

NOW, THEREFORE, I, EDMUND G. BROWN JR., Governor of the State of California, in accordance with the authority vested in me by the State Constitution and statutes, including the California Emergency Services Act, and in particular, section 8625 of the Government Code, HEREBY PROCLAIM A STATE OF EMERGENCY to exist in San Diego County due to the West Fire.

IT IS HEREBY ORDERED THAT:

1. All agencies of the state government utilize and employ state personnel, equipment, and facilities for the performance of any and all activities consistent with the direction of the Office of Emergency Services and the State Emergency Plan. Also, all citizens are to heed the advice of emergency officials with regard to this emergency in order to protect their safety.

3. As necessary to assist local governments and for the protection of public health and the environment, state agencies shall enter into contracts to arrange for the procurement of materials, goods, and services necessary to quickly assist with the response to and recovery from the impacts of the West Fire. Applicable provisions of the Government Code and the Public Contract Code, including but not limited to travel, advertising, and competitive bidding requirements are suspended to the extent necessary to address the effects of the West Fire.

5. Vehicle Code sections 9265(a), 9867, 14901, 14902, and 15255.2, requiring the imposition of fees, are suspended with regard to any request for replacement of a driver’s identification card, vehicle registration certificate, or certificate of title, by any individual who lost such records as a result of the West Fire. Such records shall be replaced without charge.

6. The provisions of Vehicle Code sections 4602 and 5902, requiring the timely registration or transfer of title are suspended with regard to any registration or transfer of title by any resident of San Diego County who is unable to comply with those requirements as a result of the West Fire. The time covered by this suspension shall not be included in calculating any late penalty pursuant to Vehicle Code section 9554.

7. Health and Safety Code sections 103525.5 and 103625, and Penal Code section 14251, requiring the imposition of fees are hereby suspended with regard to any request for copies of certificates of birth, death, marriage, and dissolution of marriage records, by any individual who lost such records as a result of the West Fire. Such copies shall be provided without charge.

I FURTHER DIRECT that as soon as hereafter possible, this proclamation be filed in the Office of the Secretary of State and that widespread publicity and notice be given of this proclamation.

IN WITNESS WHEREOF I have hereunto set my hand and caused the Great Seal of the State of California to be affixed this 6th day of July 2018.