Bringing Order to Chaos for 9/11, Katrina and Sandy

Imagine this situation — the first time you visit New York City it just happens to be on 9/11. The second time you visit is during Hurricane Sandy, and the third time, would you even go back? The man we’re going to talk to today experienced that string of disasters and suddenly found himself leading the initial emergency response to those historical events. He’s a UC Davis alum and 5th generation San Franciscan.  In this episode Bob Fenton, Regional Administrator for FEMA in Nor Cal, talks about what motivated him (and still does) to make emergency management his career, California’s tree mortality problems, how air space closures affected responders own efforts, and what it took to bring order to chaos from a leadership perspective.  Mr. Fenton also gets candid about how strong state leadership in Mississippi, and the converse of that in Louisiana, affected the success of the day to day missions after Hurricane Katrina. 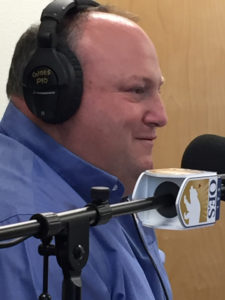 Robert J. Fenton, Jr. was appointed Regional Administrator for FEMA Region IX in July 2015. Since joining FEMA in 1996, Mr. Fenton has played a significant role in numerous large-scale response and recovery operations in the U.S. and has responded to more than 50 Federal disasters, including Hurricane Katrina, the four Florida Hurricanes of 2004, the Southern California Wildfires of 2003 and 2007, the Super Typhoon Pongsona in Guam, and the 9/11 World Trade Center terrorist attacks. 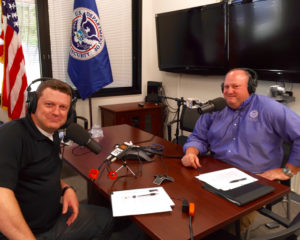