Podcast #41: Active Shooter Incidents and Leaving the Patches on the Table

The term active shooter has been in the news a lot lately, unfortunately.  Whether it’s Parkland, Florida, Marshall County, Kentucky, or Yountville, California, armed attacks often leave a trail of dead and injured and shock the communities in which they happen. It’s the kind of tragedy for which law enforcement trains yet can’t always prevent.

In this episode, Cal OES Law Enforcement Chief Mark Pazin, talks about how the agency has increased and improved its active shooter program, the training and some of the more recent challenges state and local law enforcement have faced in order to protect the public from potential attacks. He also expresses his firmly held belief of what it will take to reduce the number of active shooter (or active aggressor, as it’s more often called since not all attackers use firearms) incidents. 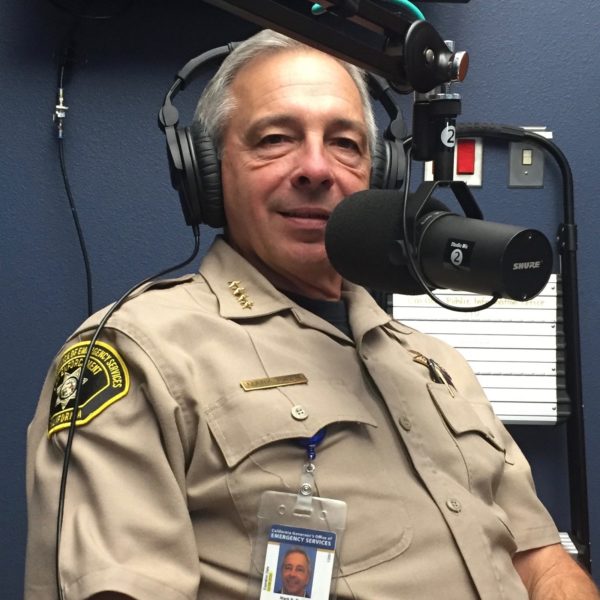 Mark Pazin, of Merced, was appointed chief of the California Governor’s Office of Emergency Services Law Enforcement Branch in December, 2013. Pazin has been sheriff-coroner for Merced County since 2002, where he has served in multiple positions at the Sheriff’s Department since 1981, including area commander and assistant sheriff. Pazin has served on the Alfred E. Alquist Seismic Safety Commission since 2011 and is a past president on the California State Sheriffs’ Association President’s Counsel. He earned a Master of Science degree in national security from the American Military University.