We caught up with Butte County Sheriff Kory Honea just about one year after the Camp Fire broke out, and about 11 months after we first sat down with him. In this episode, Sheriff Honea talks about how the recovery effort is going, the health and wellness of the community and first responders who endured the response efforts, and what his priorities are now, going forward in the future. He also admits that he and many others underestimated just how long the recovery was going to take, and what it’s going to take to rebuild the town of Paradise.

Be sure to check out our first interview with Sheriff Honea below, just a few weeks into the Camp Fire.

Kory L. Honea became the 31st Sheriff of Butte County in May 2014.  Prior to becoming the Sheriff, Honea served as the Undersheriff for nearly four years. Sheriff Honea began his career with the Butte County Sheriff’s Office in 1993, when he was hired as a deputy sheriff.  Prior to that Sheriff Honea was employed by the Shasta County Sheriff’s Office. During his law enforcement career Sheriff Honea has held assignments in corrections, patrol and investigations.  In 2000, Sheriff Honea transferred to the District Attorney’s Office as an investigator.  While at the District Attorney’s Office, Sheriff Honea promoted through the ranks to become the Chief Investigator in 2008.  Sheriff Honea held that position until his return to the Sheriff’s Office as Undersheriff in 2010. Sheriff Honea holds a Juris Doctorate from the Taft School of Law and is a member of the State Bar of California.  He also holds an Associate of Arts degree from Butte College.  Sheriff Honea has extensive law enforcement training certified by the California Commission on Peace Officer Standards and Training (POST). 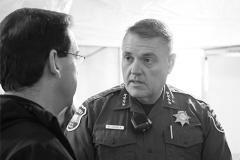 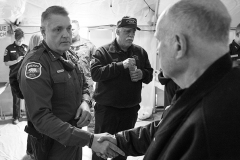 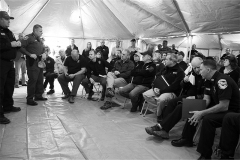