SACRAMENTO – As Florida residents grapple with a rising death toll, and widespread destruction and flooding following Hurricane Ian, one of the most powerful storms to ever hit the United States, the California Governor’s Office of Emergency Services (Cal OES) at the direction of Governor Gavin Newsom announced the deployment of six California-based Urban Search & Rescue (US&R) Canine Search Teams.

These US&R Canine Search Teams (each comprised of a trained dog and a human handler) specialize in Human Remains Detection. 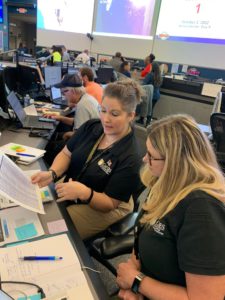 This recent announcement comes less than a week after Cal OES deployed a team of emergency management and mass care specialists to support in Hurricane Ian recovery efforts.

Responding to a request from the Florida Division of Emergency Management, Governor Newsom deployed a five-person team of mass care experts to facilitate shelters for those displaced by the hurricane as well as emergency operations center staff to support Florida’s State Emergency Operations Center in Tallahassee. These emergency management specialists are assisting with logistics, ensuring resources, supplies, and donations reach those most in-need. With the scale of this disaster, they are also working with Florida officials on the expansion of the operations center. 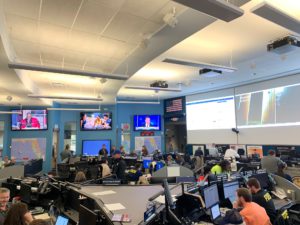 Hurricane Ian made landfall on Wednesday, September 28 as a Category 4 storm, decimating coastal towns and leaving rescue crews searching for survivors while communities face the daunting task of rebuilding. As the death toll continues to rise, more than 1,600 people have been rescued from Hurricane Ian’s path in parts of southwest and central Florida since last week.