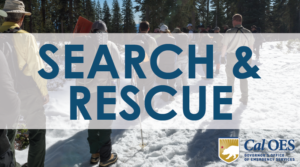 At the request of the Federal Emergency Management Agency (FEMA), Governor Gavin Newsom through the California Governor’s Office of Emergency Services (Cal OES) approved the deployment of California-based Urban Search and Rescue (US&R) Resources that are a part of the FEMA US&R Incident Support Team, to assist the state of Florida at the Surfside Tower collapse. The collapse of the 12-story Champlain Towers South condominium killed at least 22 people, with another 126 still unaccounted for.

This personnel is part of the National US&R Response System and the State Fire & Rescue Mutual Aid System. There are 28 National FEMA Urban Search and Rescue Task Forces within the continental United States, with eight located in the state of California. In California, the Governor’s Office of Emergency Services, Fire and Rescue, Special Operations Branch coordinates the California US&R Program.

Other California based State/FEMA Task Forces include:

Cal OES continues to monitor operations and requests for resources for Surfside, Florida.

US&R involves the location, rescue (extrication), and initial medical stabilization of victims trapped in confined spaces. Structural collapse is most often the cause of victims being trapped, but victims may also be trapped in transportation accidents, mines and collapsed trenches. Urban search and rescue is considered a “multi-hazard” discipline, as it may be needed for a variety of emergencies or disasters, including earthquakes, hurricanes, typhoons, storms and tornadoes, floods, dam failures, technological accidents, terrorist activities, and hazardous materials releases.